May 19 | Aline Smithson | Collecting Stardust with One Hand 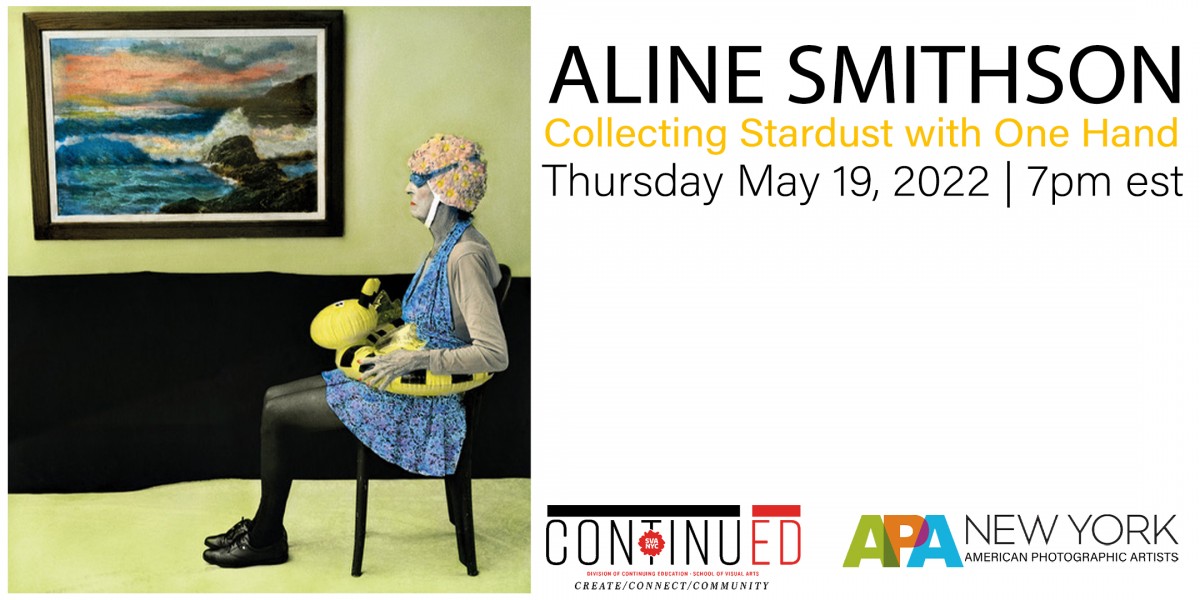 Aline Smithson is a visual artist, editor, and educator based in Los Angeles, California. Best known for her conceptual portraiture and a practice that uses humor and pathos to explore the performative potential of photography.

Aline will share work from her 25-year journey as an analog photographic artist and as editor in chief of Lenscratch, a daily journal on photography. She will provide insights into her projects and methodologies and share what she has learned along the way. 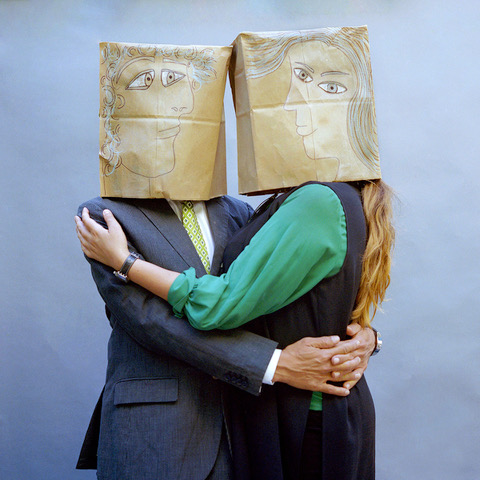 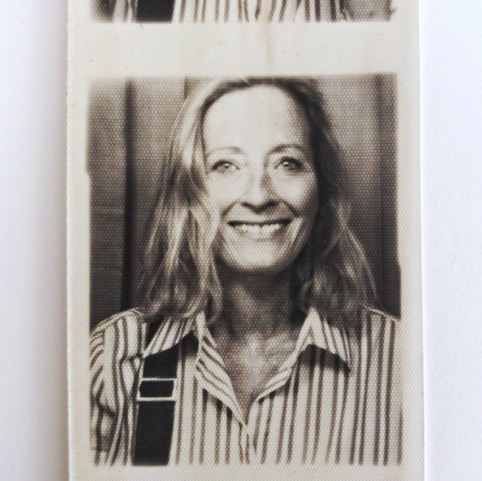 Aline Smithson is a visual artist, editor, and educator based in Los Angeles, California. Best known for her conceptual portraiture and a practice that uses humor and pathos to explore the performative potential of photography. Growing up in the shadow of Hollywood, her work is influenced by the elevated unreal. She received a BA in Art from the University of California at Santa Barbara and was accepted into the College of Creative Studies, studying under artists such as William Wegman, Allen Rupersburg, and Charles Garabedian. After a career as a New York Fashion Editor working alongside some of the greats of fashion photography, Smithson returned to Los Angeles and her own artistic practice.

She has exhibited widely including over 40 solo shows at institutions such as the Griffin Museum of Photography, the Fort Collins Museum of Contemporary Art, the Shanghai, Lishui, and Pingyqo Festivals in China, The Rayko Photo Center in San Francisco, the Center of Fine Art Photography in Colorado, the Tagomago Gallery in Barcelona and Paris, and the Arnika Dawkins Gallery in Atlanta. In addition, her work is held in a number of public collections and her photographs have been featured in numerous publications including The New York Times, The New Yorker, PDN (cover), the PDN Photo Annual, Communication Arts Photo Annual, Harper’s, Eyemazing, Soura, Visura, Shots, Pozytyw, and Silvershotz magazines.

Smithson is the Founder and Editor-in-Chief of Lenscratch, a daily journal on photography. She has been an educator at the Los Angeles Center of Photography since 2001 and her teaching spans the globe. In 2012, Smithson received the Rising Star Award through the Griffin Museum of Photography for her contributions to the photographic community and also received the prestigious Excellence in Teaching Award from CENTER. In 2014 and 2019, Smithson’s work was selected for the Critical Mass Top 50.

In 2015, the Magenta Foundation published her first significant monograph, Self & Others: Portrait as Autobiography. In 2016, the Smithsonian Air and Space Museum commissioned Smithson to a series of portraits for the upcoming Faces of Our Planet Exhibition. In the Fall of 2018 and again in 2019, her work was selected as a finalist in the Taylor Wessing Portrait Prize and exhibited at the National Portrait Gallery in London. In 2019, Kris Graves Projects commissioned her to create the book LOST II: Los Angeles which is now sold out. Peanut Press Publishing released her monograph, Fugue State in the Fall of 2021, which also sold out. Her books are in the collections of the Museum of Modern Art, the Getty Museum, the Los Angeles Contemporary Art Museum, the National Portrait Gallery, London, the Metropolitan Museum, and the Guggenheim, among others. In 2022, Smithson was honored as a Hasselblad Heroine. With the exception of her cell phone, she only shoots film.