Erica Simone (born 1985), one of New York’s hottest up-and-coming and controversial fine art photographers. Her acclaimed series, Nue York: Self-Portraits of a Bare Urban Citizen, are a surprising collection of images, taken over a six year span, which portray the artist going about everyday life on the busy streets of New York City entirely in the nude. The book, published by Damiani this month, comprises 50 photographs from the series and a special collector’s edition will be available exclusively through the gallery.

"Nue York: Self-Portraits of a Bare Urban Citizen was born out of an initial questioning about clothing and the importance of fashion in modern society. Clothes do so much more than just meet our physical needs. What we wear acts as a silent language, allowing us to convey who we are and want to be to the outside world. Fashion reveals our moods, our social standing and establishes dynamics between people. Nowhere is this more evident than on the streets of this fashion capital we call New York City,” explains the artist, “I wanted to become vulnerable and to create metaphorical images where clothing was no longer a tool for self-expression.”

As I watched an image-obsessed society care more about the sales at Barneys than the homeless people they ignore as they parade by, I began to wonder what the world would feel like naked, without the empowering or disempowering effect of clothing.  What if all we had was our natural state to express who we are? Could we overcome our self consciousness and become fully confident in our own skin? How would we assimilate or dissimilate? Could being naked in the world transcend sexual connotations and why is nudity so taboo that it is against the law?

From there, my photographic project bloomed. With a tripod and a dose of adrenaline, I took to the busy streets to get a taste of New York in the nude. The point is not to be naked for shock value. I am simply an artist looking to humorously explore some interesting thoughts about society and question who we are and embody as human beings.

From Houston to the Hudson and from Bowery to the Bronx, photographing Manhattan has never been such a rush! 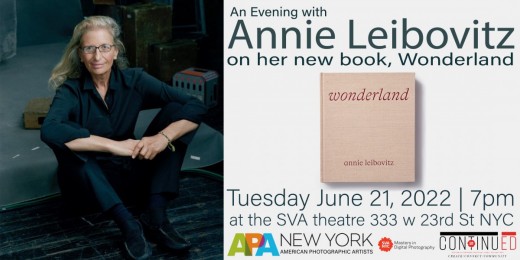 Join Annie Leibovitz, one of the most influential photographers of our time, for...