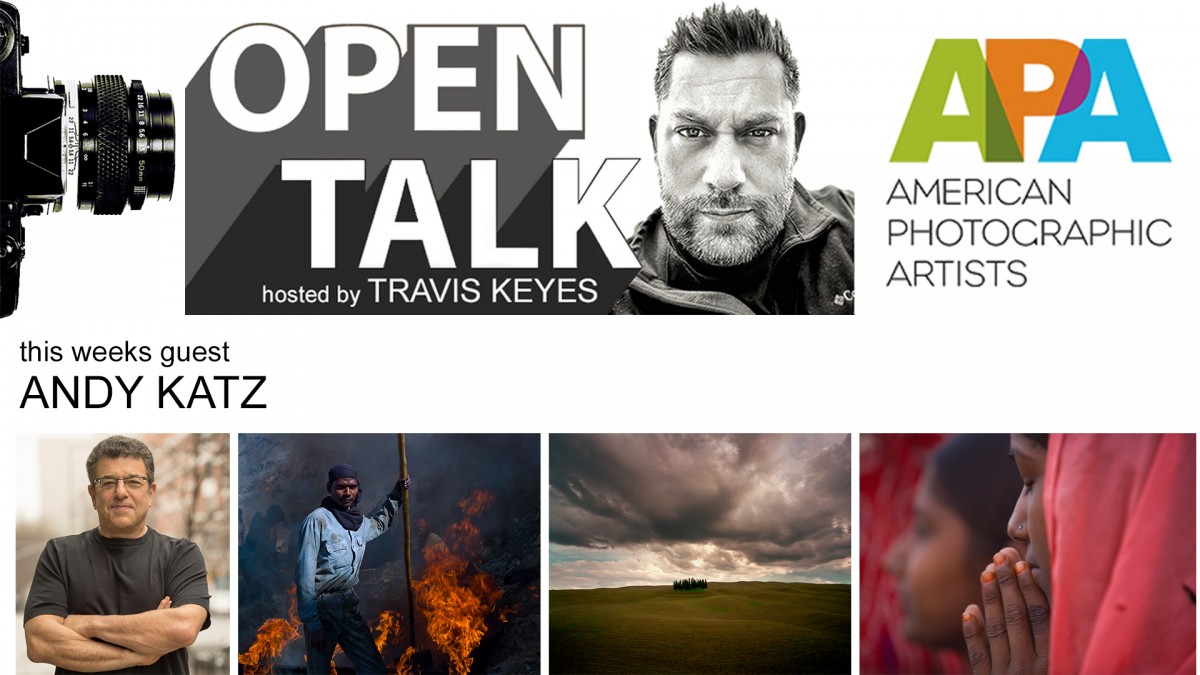 Host, photographer and Chairman of American Photographic Artists NY Travis Keyes sits down in this latest deep dive conversation with Sony Artisan of Imagery Andy Katz.
Andy Katz’s love of photography takes him around the globe. From the deserts of Namibia to the disappearing Jewish World of Eastern Europe to the rolling hills of the California wine country, his subjects range as broadly as his travels and adventures. Each journey for Katz is a new exploration of images. Katz discovered his passion for photography at a young age and is now a Sony Artisan of Imagery, one of the original seven photographers representing Sony’s new cameras.Andy’s imagery has been featured on the covers of Doobie Brothers and Dan Fogelberg Albums. Over 6 million albums sold. Katz’s work is also featured in museums and galleries worldwide including his gallery in Healdsburg, California.Katz has published 12 beautiful coffee table books, they have been described by vintners, photographers, critics and other readers as breathtaking.